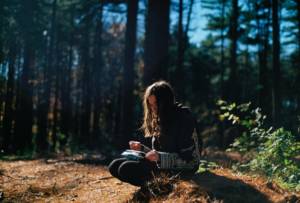 Setting goals is a major focus at camp.

Most campers that come to Summerland Camps have already tried individual therapy and for some reason, it didn’t work, or the progress was too slow, or it just wasn’t the level of help they needed.  At Summerland Camps, we help campers get ready to fully benefit from individual therapy upon discharge from camp by showing them the positive benefits of therapy and how it can be used to achieve their personal goals.

Individual therapy sessions typically occur weekly at Summerland Camps for campers that need it, or more frequently if appropriate.  Individual therapy is an opportunity for a camper to check in with a licensed therapist while at camp to discuss how the behavioral change process is working for them, any homesickness issues, and anything else the camp process may have brought up for them.

There are some distinct differences between what we call “behavioral coaching” and typical individual therapy.  Because Summerland Camps were built on the premise that effective change only comes from within, we base our program around a coaching philosophy.

Problem behaviors such as excessive gaming, abuse of social media, TV binge-watching, and so on are often best conceptualized as, “behavioral habits.”  The best way to change a habit is to learn and practice new behaviors.  Our front line staff at Summerland Camps are all referred to as “coaches.”  In this way, it sets up a mentality that the campers are all part of the same team, and that their coach is helping them learn new skills and strategies.  It also serves to destigmatize the behavior change process.

Through the intervention of a coach, campers learn new sports, new hobbies, and develop a wide range of interests.  Our coaches always focus on fundamentals so that everyone can learn the basics of a new activity.  Even for sports most people know like soccer and volleyball, we focus on basic ball handling skills and the rules of the game so that no one is left out.

But our coaches also spend the majority of the time with the campers – much more so that our licensed therapists.  When they see a camper having a problem with other campers, they can intervene in the moment by calling, “Time out!” just like in a sporting event.  Campers are offered other ways to look at a situation, and an opportunity to try new behaviors.  This is where the magic of behavioral change happens- in the moment with the opportunity to develop insight and build new habits- not by sitting on a couch talking about the past, especially if the child is resistant to therapy. 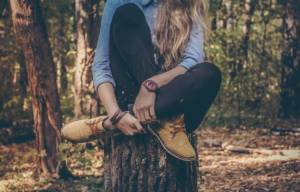 “In the Moment” Focus

Individual therapy works much different than how behavioral coaching works.  In individual therapy, the focus is generally on past events.  If a child believes the problem is everyone else and not themselves- individual therapy may produce little results.  This is what makes the group therapy process so valuable at Summerland Camps.

The inherent advantage our therapists have at Summerland Camps is that they interact with the campers outside of therapy as well.  The therapist will be aware of your child’s issues as they are also an employee of Summerland Camps and will, therefore, get a sense of what is really going on with them.  In typical outpatient therapy, a therapist is 100% reliant on what a child discloses in the session.  With our therapists, they might also bring in interactions they saw while playing sport, working together as a group on a team building event, or any other interaction that occurred while at camp. 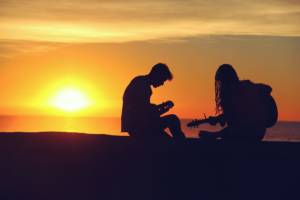 Parents often contact us at Summerland Camps comparing us to “boot camps” or summer camps for troubled teens.  The issue with most summer camps for troubled teens is that they take a punitive approach.  We do the exact opposite at Summerland Camps.  We seek to motivate and inspire our campers to overcome their issues by creating life goals and then breaking down day-by-day the behaviors needed to achieve these goals.  Of all the summer camps for troubled needs out there, we are the only one who takes such a unique and positive approach.  Your child will have an awesome summer participating in a variety of activities like whitewater, hiking, team sports, team building activities, drama and more!

When is my Camper “Done” with Therapy?

This is the most common question we get- “When is my camper ready to come home?”  At Summerland Camps, we feel that once your child is practicing skills independently without us prompting them, they are well on their way to independence and ready to try the skills they learned back home.  For our campers, this means keeping up with their Behavior Planning Journal, tracking time spend online or with devices, and sticking to their daily behaviors they have pre-planned.

For Campers that come in refusing therapy, getting them to the point where they say, “Mom and Dad, I realize I have made some bad decisions, I over-reacted when you told me to turn my X-Box off, and I said some bad things I regret.  I want help, and I’m ready to do therapy now.”  For that camper, we can say they’ve had a successful stay and Summerland Camps by having a turn-around experience.  They’ve also probably picked up some coping skills too along the way and they’ve developed insight for sure.

In both of the above cases, these campers are ready for the next phase of life and have benefited from our behavior change process.  Unlike boot camps or summer camps for troubled teens, we see each camper as an individual with different treatment goals.  Success for one camper might look much different than success for another.