Clinical staff (behavior coaches) will sit down with your camper and discuss their social media accounts.  The discussion is focused on the reason for posting photos or statements online- what the camper was trying to achieve or the image they seek to project.  From a therapeutic standpoint, there is significant value in going over the camper’s social media to get to the root of the void they were trying to fill by the use (or inappropriate use) of social media.  Sometimes staff can help the camper clean up their social media accounts, and sometimes the camper simply needs to delete the account and make the decision as to whether they should start over or forego social media altogether for a while.

22% of teenagers log on to their favorite social media site more than 10 times a day, according to a study in Pediatrics. 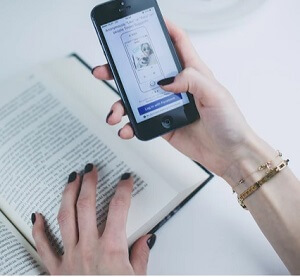 The Importance of Social Media Addiction On Identity Development

During this period (typically during the college years), social media is commonly used to establish and to express identity.  It’s critical as parents we send our kids off to college prepared to appropriately use social media.  Our clinical program focuses on transferability of skills and prepares our campers for college.

Social Media Addiction Treatment: Now is the Time to Act

The effect of excessive social media on grades is clear.  In one study, it was found that women who spend more time using some forms of media report fewer academic behaviors, such as completing homework and attending class, lower academic confidence and more problems affecting their school work, like lack of sleep and substance use.

It’s critical as parents we send our kids off to college ready to face the freedoms and challenges they will undoubtedly face.  A small investment for a summer session at Summerland Camps can provide your child the skills and tools they need to to be successful at college- potentially saving you tens of thousands of dollars in lost tuition.

The “Pathways to Prosperity” study by the Harvard Graduate School illustrates how only 56 percent of college students complete four-year degrees within six years. Only 29 percent of those who start two-year degrees finish them within three years.  If your child is in need of social media addiction treatment, the time to act is now.  At Summerland Camps your child will not only learn better habits, they will develop the self-regulation skills to overcome the academic rigor of college despite the temptations of social media.