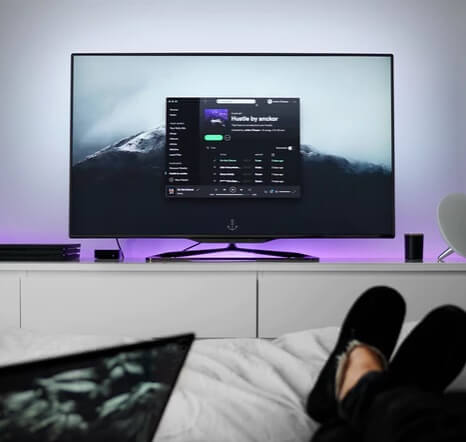 It’s been known for a while that having a television in your child’s bedroom can lead to an increase in body mass index. A study published in the International Journal of Obesity found that kids age 7 are more likely to become overweight if they have a television located in their bedroom.

For this study, researchers at the University College of London looked at data from over 12,000 children. It was found that seven-year-old girls who had TVs in their bedroom were 30% more likely to be overweight by age 11, and boys show a similar increase of 20% more likely to be obese.

It is clear that when kids are involved with too much screen time, they are less physically active. This is why at Summerland Camps we have such a focus on physical activity. We also focus healthy eating and overall lifestyle change. Many of the kids that come to camp have missed out on sports games and other activities and feel timid about participating in organized sports. As a result, we focus on the fundamentals of any activity we do at Summerland Camps.

We also know that screen activity has an impact on sleep. In another study, screen time was linked to a lower-quality of sleep and a shorter duration of sleep in children. Researchers point to not only the visually stimulating effects of screen activity, but also the disturbing content commonly found in violent video games or even Primetime television.

Additionally, light exposure from your TV screen can affect your normal sleep-wake cycles. Other screen activities such as social media can affect your child self-esteem. The impact on television has been found to be mixed in terms of self-esteem on children. A study published in Communication Research found that TV exposure increased the self-esteem of Caucasian boys but hurt the self-esteem of all other kids studied – possibly due to the lack of positive strong images for girls and ethnic or racial minorities.

Certainly, poor self-esteem can also affect your diet, exercise, and weight. At Summerland Camps we strive to be a reset from all forms of screen activity. We hope to see you and your child this summer and provide the education, support, and experiences to make a meaningful long lasting impact on your child’s future.