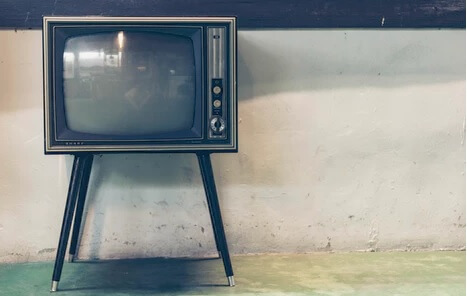 Duke Study on Media Violence and Unhealthy Eating: The TV is not a Good Babysitter

Teens consumed more unhealthy foods and beverages on days they were exposed to violence, and suffered from fatigue due to poor sleep the next day, according to a new study by Duke researchers.  You can read more about the study here.  Those behaviors, especially increased soda consumption, are important predictors of weight gain.

The Duke University study demonstrates how families in crisis tend to stay in crisis.  Raising a child with a medical issue is stressful to a family system.  As low-income families were focused on in the study, we can assume these parents likely worked long hours at blue-collar, labor-intensive jobs.  Therefore, expensive after school care programs, nannies, or tutors were almost certainly out of the picture.

Researchers for the Duke study recruited 151 at-risk adolescents between the ages of 12 and 15 from low-income neighborhoods. The participants completed an initial assessment, with at least one parent participating, which included a baseline measurement of body mass index (BMI). BMI was also assessed 18 months later.  Teens reported unhealthier diets on the days they were exposed to violence and reported feeling more tired on the days following that exposure.

More and more families are turning to screen based entertainment to be the babysitter. According to Nielson, the average American devotes about 10 hours and 39 minutes each day to consuming media – 65% of awake hours.

More surprising statistics: According to research in the Journal of Mental Health and Addiction 41% of people who play online video games do so for, “escape from the real world.”

For families referenced in the Duke study, it is likely that being in a low-income family creates a higher need for an “escape” which drew these participants to violent media including violent video games.  According to a study in Pediatrics, as much as 20% of real life violence may be attributable to media violence.

If your child is attracted to violent video games or has fallen into unhealthy habits, now is the time to intervene.  At Summerland Camps we present the facts about video game violence in a no-nonsense format and help our campers set up healthy routines that transfer back to the home setting.